Michael Thomas red-shirted the 2013 season after earning his first Varsity O letter in 2012 with considerable playing time on offense … he is a third-year sophomore for the Buckeyes … he played in 11 games for the undefeated Buckeyes in 2012, and totaled 196 offensive plays … he had three receptions for 22 yards … his catches came against UAB (6 yards), Michigan State (10) and Michigan (5) … Thomas has been named an OSU Scholar-Athlete twice and is majoring in sport industry. Thomas produced a highlight reel of a 2010 senior season at Woodland Hills Taft H.S., located in the San Fernando Valley … he caught 86 passes for a state-leading 1,656 yards and 21 touchdowns and was called the most improved football player “by a landslide” in Southern California in November 2010 by the Los Angeles Times … named first-team all-city as a senior. 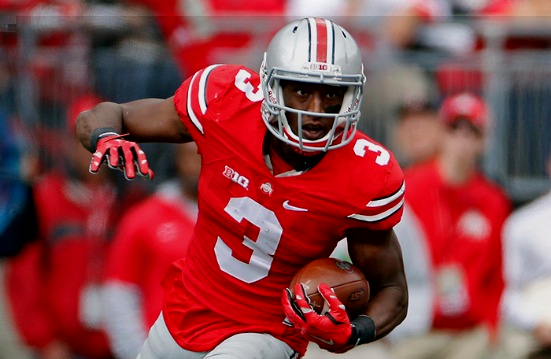