epped into the starting role at will linebacker and excelled in 2014 … a Butkus Award semifinalist a year ago who bypassed the NFL Draft to return for his senior season … should contend for All-SEC and All-America honors while being a leading candidate for the Butkus Award … has played in 38 career games with 13 starts … has 120 career tackles, 11 tackles for loss (-28 yards), 1.5 sacks, two forced fumbles, three fumble recoveries and four pass breakups. Won the starting job at will linebacker, replacing C.J. Mosley … semifinalist for the Butkus Award, which goes to the nation’s best linebacker … first team All-SEC by the Associated Press… started his first career game against West Virginia in the Chick-fil-A Kickoff Game and had 13 starts on the season while playing in all 14 games … recorded 95 tackles on the season, which ranked second on the team … had 45 solo stops and four double-digit tackle games … had at least seven tackles in eight of the final 11 games. 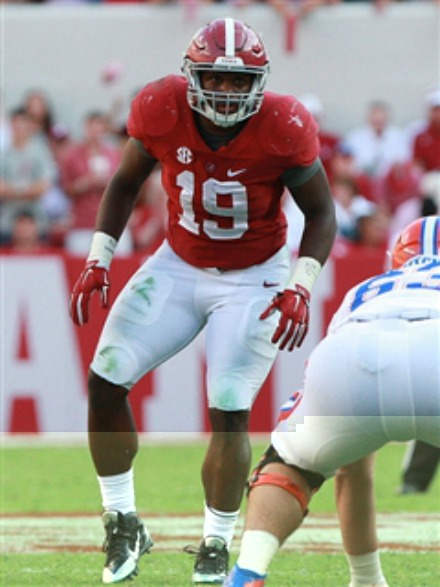